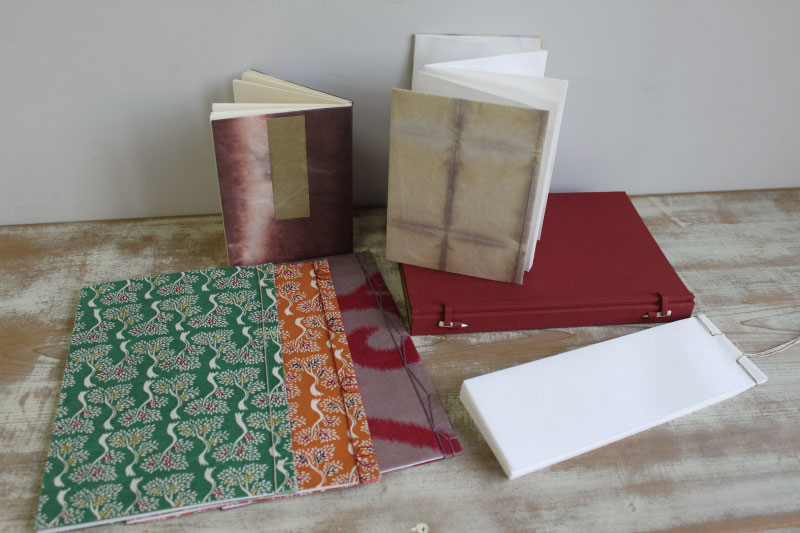 Japanese book is the general term for a book made of Japanese paper using Japanese binding. Japanese books come in a variety of types and shapes, with the main ones being a 4-hole binding book, folded-page book, Retsujosou 列帖装, Yamato-toji 大和綴, scroll, and handscroll, and for ledgers the Edo-period account book and receipt book.

The textblock folding is formed using basic double-leaved binding where the pages are folded in half with the fold peak on the fore edge. This method only leaves the front side of the page paper exposed. There are also boxes for Japanese books, such as Chitsu (a folding case) and Meotobako (coupled box), in which the books are stored. 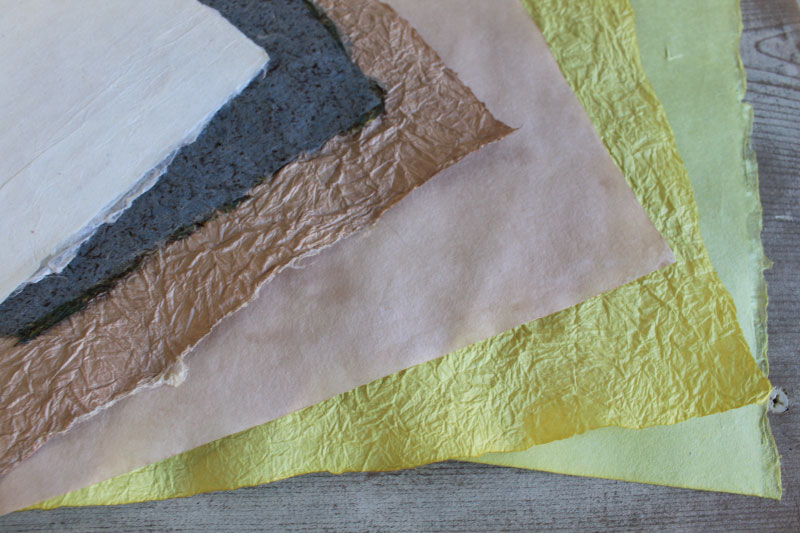 The origin of paper technology in Japan is said to have begun in 610 AD during the reign of Empress Suiko when it was brought to Japan by Damjing of the Korean kingdom of Goguryeo and was thereafter improved by Shoutoku Taishi and others to produce what is now called Japanese paper. Japanese paper is mainly made from the bast fibers (the soft inner bark beneath the outer bark of plants) of the paper mulberry, mitsumata plant, and the Diplomorpha sikokiana, a species of flowering plant. The paper is made by first stewing the fibers with wood ash and further preparing them before adding them to a solution containing a starchy substance called neri (made from sunset hibiscus) and then using a screen to remove the pulp from the solution to form the sheets of paper.

One of the components of plant bodies, lignin, has low water affinity, and if this remains on the paper it will weaken and oxidize it. The raw material of Japanese paper is low in lignin to begin with, and using wood ash to remove the remaining lignin makes it possible to soften the fibers without damaging them and create a paper with a high degree of polymerization. The bast fibers are longer than wood pulp fibers and the fibers can be processed without being damaged, which gives Japanese paper a very good preservative quality. In recent years, however, much Japanese paper with a weak preservative quality has entered the market due to imports from overseas or to being manufactured with pulp that has been excessively bleached or that has been made by boiling or sizing, so not all available Japanese paper is of good quality.
*There are divergent opinions regarding the history. Please think of this as just one possible explanation.